This sweaty and muggy double bill features two films set in the Okefenokee swamp.  The first is about a legendary teenage girl (???) who goes around protecting the swamp from poachers and saving unfortunate folks from the swamp as well.  The second picture is about an ex-commando falsely accused of murder and hiding in the swamp avoiding local law enforcement until he can prove his innocence. 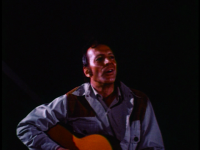 Rumors of the swamp girl swirl around the Okefenokee as thick as swamp gas.  She tries to protect the swamp and its denizens from the local swamp rat poachers.  Swamp ranger Jimmy Waters (Ferlin Husky) gets caught in a poacher’s trap and the mysterious and legendary swamp girl saves him and steals his heart in a creepy and grimy Lolita kind of way.  The girl also tries to save people lost in the swamp and folks have caught glimpses of her as she drops people off at the outskirts of civilization.  The unwanted daughter of a single backwoods mother, she is saved from an unscrupulous backwoods abortion doctor who would sell the baby girls into slavery.  The shady doctor kept Nat whom she believed to be her father around by telling him the police were after him for stealing some jeans when he was a boy so he naturally decided to hide out with the bayou quack.  A couple of sailors murder the doc and kidnap the girl and her Nat takes them out with a hatchet.  Slowly Nat tries to explain how he became her guardian and like a female version of Navin Johnson it slowly dawns on her that her mother didn’t want her. 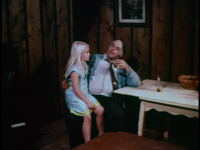 An escaped convict and her boyfriend make their way to Janeen and Nat’s cabin when they stumble into the swamp trying to escape a murder rap for shooting a guard.  Once in the house Carol (Donna Stanley) the convict guns Nat down.  The two city slickers want Janeen to lead them out of the swamp near a small town.  What follows is a  mix of DELIVERANCE and When Animals Attack but much tamer in presentation than either.  Can the crooner with the manliest name of all save the young swamp waif?  Will the aging Lothario play Humbert to Janeen’s Lolita?

SWAMP GIRL is alright as a distraction.  It is quite slow at places with a lot of talking going on with very little happening.  It’s rated for all audiences so don’t expect too much violence but it does show some backward ass swamp billy behavior that you may be interested in.  That is mainly where my interest in the film lies…in the whole Southeast swamp culture.  Shit has to get weird in those dark woods.  The characters are underdeveloped at best and the story is a middling and meandering thing.  I find the person of Ferlin Husky to be interesting.  Apparently he was a star of some note so I am always amused by the odd followings some of these singers develop.  Sixteen year old Simone Griffeth (DEATH RACE 2000, HARD TARGET) stars as Janeen the titular swamp girl.  It is fun as an oddity but if you want some swamp stomping go with GATOR or even something by William Grefé.

A man is falsely accused of murder when a lady of ill repute turns up dead in the Swamper Motel.  Being a stranger to the area he has no choice but to escape into the Okefenokee and evades the pursuing posses.  It turns out he is a big game hunter who has traveled the world and he trained commandos during the war.  No wonder all the swamp rats in the county can’t find him.  Dave Wetzel is forced to live in the Okefenokee as he tries to clear his name.  He helps young children, dogs, and even his hunters as they run afoul of the swamp.  Meanwhile Sheriff Jim Turner (Rex Allen) competes with young busker Baker Knight over the affections of winsome waif Nora Cox. 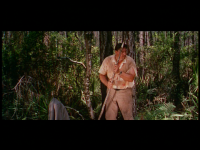 The characters are fleshed out better than in the preceding SWAMP GIRL as there are discernible arcs and concrete development.  Mel (Lyle Waggoner) gains respect as a deputy and Jim realizes that he may be too old for a young gal like Nora.  Though he doesn’t understand why Baker doesn’t want to work in the mills and would rather try to make it in the music business he comes to respect that decision.  Jim himself sings in a swamp band when he’s not chasing the county’s bad guys.  SWAMP COUNTRY is a pretty fun backwoods romp. 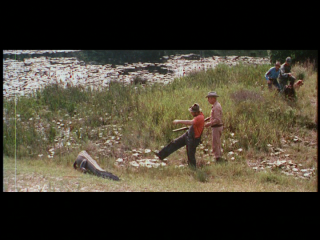 With musicians such as county star Rex Allen and songwriter Baker Knight in the cast it is no wonder that these two break into song so damn much.  At least Ferlin only had one song in SWAMP GIRL!  These guys are always picking up a six string and singing sad songs.  SWAMP COUNTRY is better paced than its counterpart but is still one of those slow moving backwood flicks from the 60s.  I have no delusions that this is everyone’s cup of tea-or glass of sweet tea as it were, so you have been warned.  Both of the films are serviceable with decent sound.  The Something Weird DVD includes trailers and the short THE SWAMP VIRGIN which is a hoot from a much earlier time.