It’s no secret that I love boutique label releases.  There are some doozies coming up too.  Check out the list below.  These are the ten flicks I’m most eagerly awaiting in no certain order except maybe release date!  2013 is a good year for bad films! 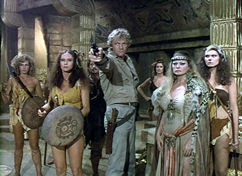 GOLD OF THE AMAZON WOMEN
Yeah, yeah it may be a made-for-TV movie, but really come on!  Bo Svenson, Donald Pleasance with his leggy guards and a bevy of buckskin bikini-clad busty beauties led by Anita Ekberg vie for the seven golden cities of El Dorado.  If you aren’t on board for this one you may not like good movies.  Code Red releasing. 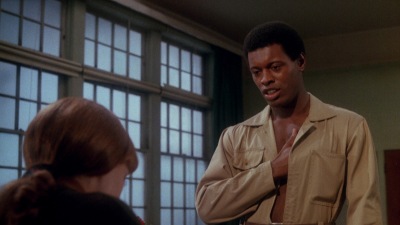 GOOD LUCK, MISS WYCKOFF
Donald Pleasance again, Robert Vaughn, Anne Heywood and R.G. Armstrong star in a drama focusing on an abusive, sexual, interracial relationship between a 35 year old teacher and a much younger janitor. Set in 1956, this one sounds absolutely grimy.  Donald Pleasance as a skeezy therapist should seal the deal.  From Vinegar Syndrome

ALL NIGHT HORROR MOVIE MARATHON
Featuring SCHIZOID ’71, THE VAGRANT, THE GODSEND and THE OUTING.  This set would be worth it for THE OUTING alone.  THE OUTING is the original NIGHT IN THE MUSEUM with a badass angry Djinn that kills off members of an overnight museum visit.  Fun stuff, the rest are just gravy.  Take THE VAGRANT for example where Bill Paxton is terrorized by a bum and THE GODSEND which is a horrific child flick.  Scream Factory is dropping this one on the cheap and it can be pre-ordrered for under $7.00 on Amazon. 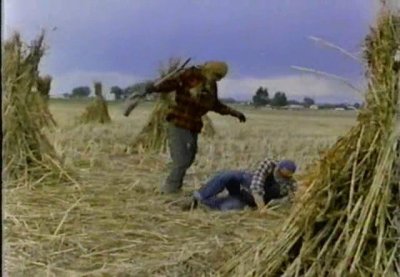 THE BEACH GIRLS
Two hip party girls decide to teach their naive virgin friend all about life during summer vacation.  Things go as planned until a few bales of smuggled marijuana wash up on the beach.   Released by Scorpion 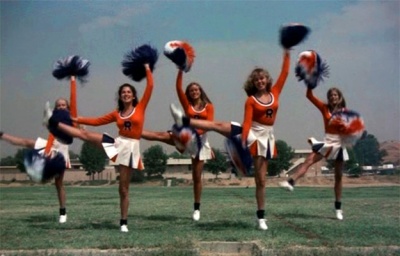 POM POM GIRLS
Football stars can’t decide which cheerleaders they want to score with as the big game approaches.  One baffled dude is torn between two spirited co-eds.  Maybe he’ll try for two?  A prank war is also going on in the run up to the big game.  James Gammon and Robert Carradine appear.  Released by Scorpion

THE BARBARIANS/THE NORSEMAN
Hard to explain this one.  Horrible flick starring the Barbarian brother Peter and David Paul.  It’s directed by Ruggero Deodato.  I don’t think anyone gets eaten in this flick.  Released by Shout! Factory

IN THE MOUTH OF MADNESS
Do you read Sutter Cane?  This is John Carpenter’s masterpiece from the past 2 decades.  Sam Neil plays an insurance investigator trying to find out if an extremely popular author’s disappearance is a publicity stunt.  He ends up finding himself in an existential crisis of Lovecraftian proportions.

ALL NIGHT HORROR MOVIE MARATHON PART 2
CELLAR DWELLER, THE DUNGEONMASTER, CONTAMINATION .7, CATACOMBS Another winner.  John Carl Buechler’s CELLAR DWELLAR and a remastered DUNGEONMASTER with previously cut dream sequence.  CATACOMBS is just a bonus and I haven’t seen CONTAMINATION…yet.  Hopefully more of these are in our future.  Released by Scream Factory in October.

VIRGIN AMONG THE LIVING DEAD
Jess Franco on blu from Redemption.  Enough said.