Last night was a blast. I got HAMMERED and got my ROCKS off.  Nah, I didn’t get drunk and get laid. I watched NIGHT VISION which features two fisted action from Fred The Hammer Williamson and Cynthia Rothrock.  Some folks….ahem like filmdick.net … didn’t like it!  I don’t get it-dude loves Terrence Malick’s shit but not this?! What is it with people.  Anyway…We were at the local Buybacks and for $3.99 it was a true gem among turds!  When Shannon Tweed’s NAKED LIES is commanding a $17.99 premium you cannot go wrong with Williamson and Rothrock. Even at 61 years old Fred Williamson is a total badass.

This fun little gem of late nineties, late night cheese delivers all of the goods.  It shouldn’t be a surprise because Fred and Linda Williamson produced this white hot tale of betrayal and justice.  This flick has it all! Williamson is an down on his luck alcoholic detective who lives in a shelter and has been busted down to being a motorcycle traffic cop in Dallas.  On a traffic stop he Fred goes all fucking Terminator.  He’s stumbled upon a serial killer and takes a shotgun blast to the chest.  Fred doesn’t go down without a fight though, he shoots back and blows the killer’s latest abductees head off.  Dusting himself off he climbs on his Harley and what can only be described as an epic chase scene the likes of which haven’t been seen since Gary Busey in BULLETPROOF.  This killer has a grenade launcher surprise for the Hammer.  Behold the smoke and flash pots sitting out on the viaduct as Williams rides past them.  Be amazed by the disappearing/reappearing buildings and trees around a free way viaduct with just the bad guy panel van and cop bike on it.

Dakota Smith (Williams) and “Quickdraw McGraw” (Rothrock) are teamed up to track down this killer because Dakota was the first solid lead the cops have on this serial killer.  These two flat foot screw ups, it turns out Detective Kristin O’Connor gunned down an unarmed suspect, are not alone though.  The FBI back their play and the only clean cop in the department is Robert Forster!  Well it’s easier to break this film down in a list of ten things it learned.

SOME STUFF I LEARNED: 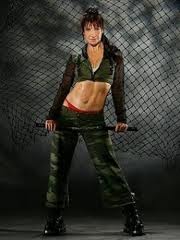 1. Dallas cops always pull their guns on one another.
2. Porno companies love to sell sex tapes of ladies & their indiscretions especially if they are killed in it.
3. Serial killer hackers can see everywhere from a computer! Internet is a scary thing in 1997.
4. Serial killers have bosses. In this case the Dallas Mob who also sell the tapes.
5. They can get away with it because the Dallas Police Department is in on it too.
6. Fred Williamson has a bottomless six shooter.
7. Fred Williamson cannot be killed.
8. Fred Williamson cares more about cigars than lives of his friends.
9. Cynthia Rothrock is very cute and fairly hot. (Didn’t need this flick to tell me..)
10. Dr. Wolfgang Von Bushwickin the Barbarian Mother-Funky Stay High Dollar Billstir cannot act.

If you don’t know Bushwick Bill I feel sorry for you.

Overall this flick is a fun and inept romp.  Enjoy it for the ineptness, the cheeziness, the sheer absurdity of the plot, and revel in the ass kicking that goes on.  This thing delivers Skinimax action and T&A and has enough 90FU (you know, the Rothrock/Speakman stuff) to be entertaining and nostalgic all in one!